Click here to join our Discord channel to stay connected to the latest updates, offers, and tournament news. 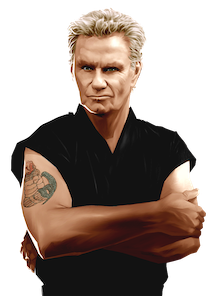 Cobra Kai: Card Fighter is a free-to-play mobile game for iOS and Android based on the hit streaming series, Cobra Kai. It's part Collectible Card Game, part turn-based Fighting Game, and all awesome.

Check back soon for the latest PVP competition and special events here - leading to the annual All-Valley Tournament later this year! Our regular tournaments will feature prizes and other in-game rewards (Subject to terms, conditions, and specific contest rules that will be provided prior to tournaments commencing). Watch our Streams on Twitch

Join our Community on Discord

We use cookies for analytics, advertising and to improve our site.
You agree to our use of cookies by closing this message box or continuing to use our site.